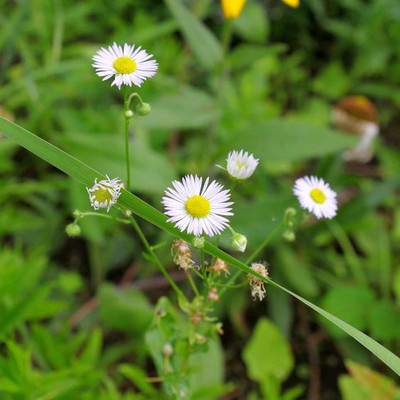 History: According to Culpeper, the Egyptians dedicated this herb to the Sun since it cured fevers (heat). Other sources say it is a Moon herb because it has a cooling effect. It has come down in history as the plants’ physician because it cures other shrubs when planted nearby. The name is derived from the Greek meaning “ground apple” and the Latin “nobilis” refers to noble flowers.

Therapeutic Benefits - Body: Roman Chamomile is analgesic, anti-inflammatory, anti-allergenic, antihistamine, and antispasmodic. It is a very good sedative and is instrumental in aiding sleep disorders and insomnia. Roman Chamomile is a strong anti-allergen and assists people with hay fever and other allergies. It is also good for dry skin, sensitive skin, and rashes. Roman Chamomile helps the liver and gall bladder system and can also ease cystitis, colitis, and urinary infections.

I learned at COBHA that among many oils that can give respiratory relief to asthma and COPD patients, Rose was particularly soothing. I prepared a bowl of hot steamy water for my father to try this. Being physically sensitive as well as emotionally sensitive, we are dealing with his only attachment on earth, his LUNGS, I used one drop. He reluctantly came over to the bowl and remained under the towel tent for an unusually long time. Very quiet. Still more time passed. Eventually, he came out, he… END_OF_DOCUMENT_TOKEN_TO_BE_REPLACED